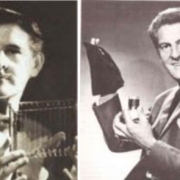 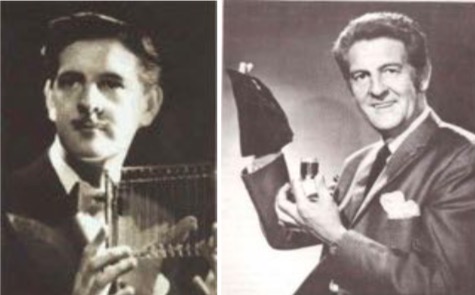 In the April, 2020 Oakland Magic Circle newsletter readers were asked the following question:
What noted magician once interrupted an Oakland Magic Circle business meeting to ask those in attendance to keep their voices down.
And why?
The answer, and the story, begin below.

THE MYST-O-TEENS MEET BILLY MCCOMB AND DR. MCCOMB TEACHES THE OAKLAND MAGIC CIRCLE A LESSON
There are six Myst-O-Teens, more or less, still connected with the Oakland Magic Circle. Of those, just two were there at the beginning and only those two know what happened the night Dr. Billy McComb came to visit.
In the late 1950s and through the 1960s, the Myst-O-Teens were the OMC’s junior members; a group created to encourage the development of young magicians. They met on the same night as the larger organization and participated in a “clinic” intended to improve their conjuring skills.

The junior group usually stayed around after the clinic to attend the evening’s performance but their presence at the OMC business meeting was strictly forbidden. Only active, adult, OMC members in good standing were allowed in the room when business matters were discussed.

The OMC met at the Lake Merritt Boat House in those days, using two rooms on the second floor. One for the Myst-O-Teen clinic, the other for the business meeting and the performance that followed. The rooms opened onto each other but could be separated by an accordion-like divider that was installed for that purpose. Effective in eliminating
the visual connection but not much else.

In the early 1960s Billy McComb visited the OMC to present a lecture there. He arrived early enough to sit in on the Myst-O-Teen clinic and when the time came for the business meeting the sliding curtain between the rooms was drawn. Dr. McComb and the juniors were required to wait in the smaller room until the business meeting was over.
Having no business of their own to discuss, Dr. McComb andthe juniors involved themselves in a conversation about magic. Technique, concept, theory, presentation, things that could make for an effective performance, things to strive for, things to be avoided and the consequences if they are not.

It was an animated discussion with much laughter resulting from Dr.McComb’s comments. Unfortunately for the juniors and Dr. McComb, those involved in the business meeting were distracted by the sound of the conversation coming from the smaller room.
A representative of the larger group was sent to ask those in the small room to speak softly. Important business was being conducted by the senior members.

The request was heeded. Briefly.

It wasn’t long before the conversation returned to the previous level of enthusiasm. Again one of the regular members was sent to request quiet. Weighty matters were being discussed in the other room.

The request was heeded. For a while.

A regular member was sent once more but this time he insisted on silence.

Business of the most important sort was being conducted and the conversation in the smaller room was interfering with its completion. If the distraction didn’t cease immediately Dr. McComb and the juniors were told, sterner action would be taken.
There was silence. Dr. McComb waited until the representative from the business meeting had left the room and then laughed quietly to himself. He stood, walked into the forbidden business meeting and asked those present to please keep their voices down. Those in the smaller room were discussing magic, Dr. McComb informed them, and the talk of business was distracting them from a conversation far more relevant to the purpose of the organization than anything the senior members might be discussing.
Laughter came from the larger room and thereafter only muffled voices. The conversation among Dr. McComb and the Myst-O-Teens continued. They were not interrupted again.

Submitted by John Owens who should know. He was there.

Billy McComb​ (April 12, 1922 — April 30, 2006) was a British-born American magician and comedian. He was one of the United Kingdom’s leading magicians in the 1950s and 1960s. He was hired to perform at the International Of Magicians in 1962 and stayed at Jim Swogers’ house, in Pittsburgh, along with his wife and son for six months before taking up residence in Los Angeles, California in the 1970s where he became a regular at the Magic Castle and was affectionately billed as “The Worlds Largest Leprechaun.”
Books he wrote include ​The Professional Touch​ and ​Mc Comb’s Magic: 25 Years Wiser​. He was a prolific inventor of magic and illusions, most famously known for creating such items as the “Mc Combical Deck” and the “Double Thin Model Sawing” routine in which two assistants are sawed in half, and the halves of the two assistants are switched.

All Magicians are invited to the June 2 Oakland Magic Circle featuring lectures...
Scroll to top